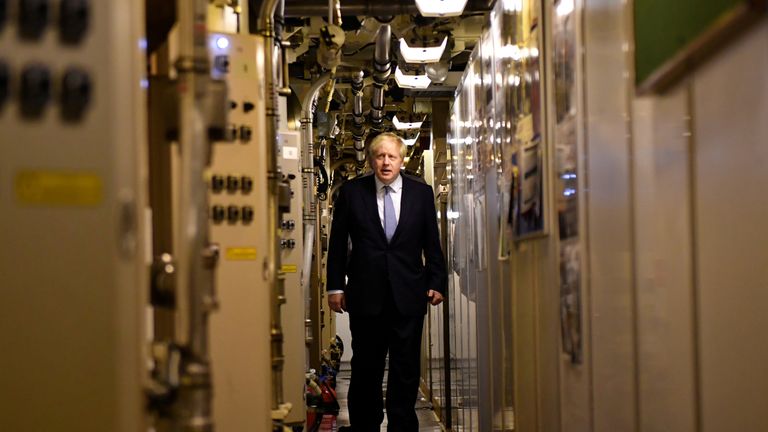 Brexit is at an impasse. This is not news. Things have not progressed at all in the UK in what feels like years. The EU is ready for all scenarios, come-what-may. Michael Gove is telling the world that the EU is not interested and unwilling to talk about Brexit. The EU is saying that, and has been saying since November of 2018 that the deal is not up for renegotiation as it was agreed in good faith, and that it is the only and best deal possible. They will only be willing to talk once a decision has been made in Westminster, and actual solutions are proposed. This makes sense. When negotiating with someone, one must know what they want. While Theresa May’s position was described as nebulous, with Phillippe Lamberts calling her completely devoid of any human skill to take into account what people think, and her team was eventually described by Guy Verhofstadt as only “pretending to negotiate”, there was at least some form of dialogue. This has completely broken down. This is entirely due to Prime Minister Boris Johnson’s bizarre performance or meaningless actions. One of the first acts was to request that Angela Merkel drop the backstop, over the phone. He had received invitations by Chancellor Merkel and President Macron, but they were both turned down. Of course, this is an issue that must be decided through Brussels, not Berlin and certainly not Paris. It is also an Irish problem so he ought to call or visit Dublin, and Leo Varadkar’s invitation to speak was not responded to. Not one single “alternative arrangement” has ever been proposed, not by anybody, at any point in time has been expressed in any way shape or form. What has been present is simply nothing resembling any form of definition. Mr. Johnson has also said that he is unwilling to talk unless there is a change to the backstop. In order to talk, there needs to be something to talk about. He then did his national tour of the four nations, getting booed everywhere, and like some kind of superliminal threat decided to hang around some nuclear submarines. These are not the actions of a regime which wants to build bridges, but rather destroy them.

All this is only a sympton of something very strange is happening in the world of British politics. Perhaps is has been happening for much longer, but it has become acutely apparent in recent months. The British government appears to either be completely oblivious or actively denying reality on a consistent basis. It seems as though the people sitting in the House of Commons in the House of Parliament are simply not aware that every word that they say in the house is recorded and often broadcasted internationally. They simply ignore the millions of people marching and signing petitions, while claiming to hold up the will of the people and show democratic integrity. Which people’s will are they trying to uphold exactly? Why are they unable to ask these people what kind of Brexit they want? The British government claims that threatening no-deal is a negotiating tactic. This simply is not. The main reason is that if you are bluffing, do not tell the whole world that you are. They expect the threat of no deal to result in further negotiation. This might work as a surprise tactic. A Trojan horse works when the contents are not revealed. A bluff only works when you say that you are not bluffing. In this case, what is instead happening is for no-deal to be the best possible goal, but that if no deal is found, then it is entirely the fault of everyone else involved.

Previously, doublespeak was limited to certain science fiction novels and satirical portrayals of certain leaders. In most of these cases, the government involved is either evil beyond the possible, or laughably and absurdly incompetent, or mad. Something else is happening now. This is something illustrated by the rhetoric, of “saboteurs”, “collaborators”, “enemies of the people”, and citizens of nowhere”. This is language that we would expect in a science fiction novel.

We are all used to politicians lying and denying facts. This is on a completely different level. As was reported in February of 2019 following what the Commission had said was the British government only “(…) pretending to negotiate while they still don’t know what they want and how they want it”. The meetings were“kicking up dust” and a series of “photo opportunities and pictures”. “We are willing to negotiate, but there is nothing on the table from the British side.”Verhofstadt asked Lidington four times what the British proposal was and “four times didn’t get an answer”, according to the EU official, who described the encounter as “very surreal”. This would not have mattered so much, except that at the time of writing, in August, nearly six months after the original Brexit date, there is still no plan what-so-ever from the British government. In fact, the plan remains the same, “we will have our cake and eat it” stance. Other examples of denial of fact, are the complete absence to a petition to revoke article 50 with 6 million signatories, and a million people who marched on Westminster. Rather bizarrely, there was a recent report, who’s response by the British government was described as  “barely believable” by Philip Alston UN Special Rapporteur on extreme poverty and human rights. In his report, he opens with the following “one fifth of its population (14 million people) live in poverty. Four million of those are more than 50 per cent below the poverty line and 1.5 million experienced destitution in 2017, unable to afford basic essentials. Following drastic changes in government economic policy beginning in 2010, the two preceding decades of progress in tackling child and pensioner poverty have begun to unravel and poverty is again on the rise. Relative child poverty rates are expected to increase by 7 per cent between 2015 and 2021 and overall child poverty rates to reach close to 40 per cent. For almost one in every two children to be poor in twenty-first century”. The response to this brutal report, the response from the British government was a flat denial of the existence of poverty in the country. Right now the British government is saying that the US is ready to sign some very nice deals no matter what. On the other hand it chooses to say that the other side will be responsible for no deal, explicitly stating that it is bad, and will pave the way to a deal. This deal, yet undefined, will logically be something that looks nothing like the current deal. 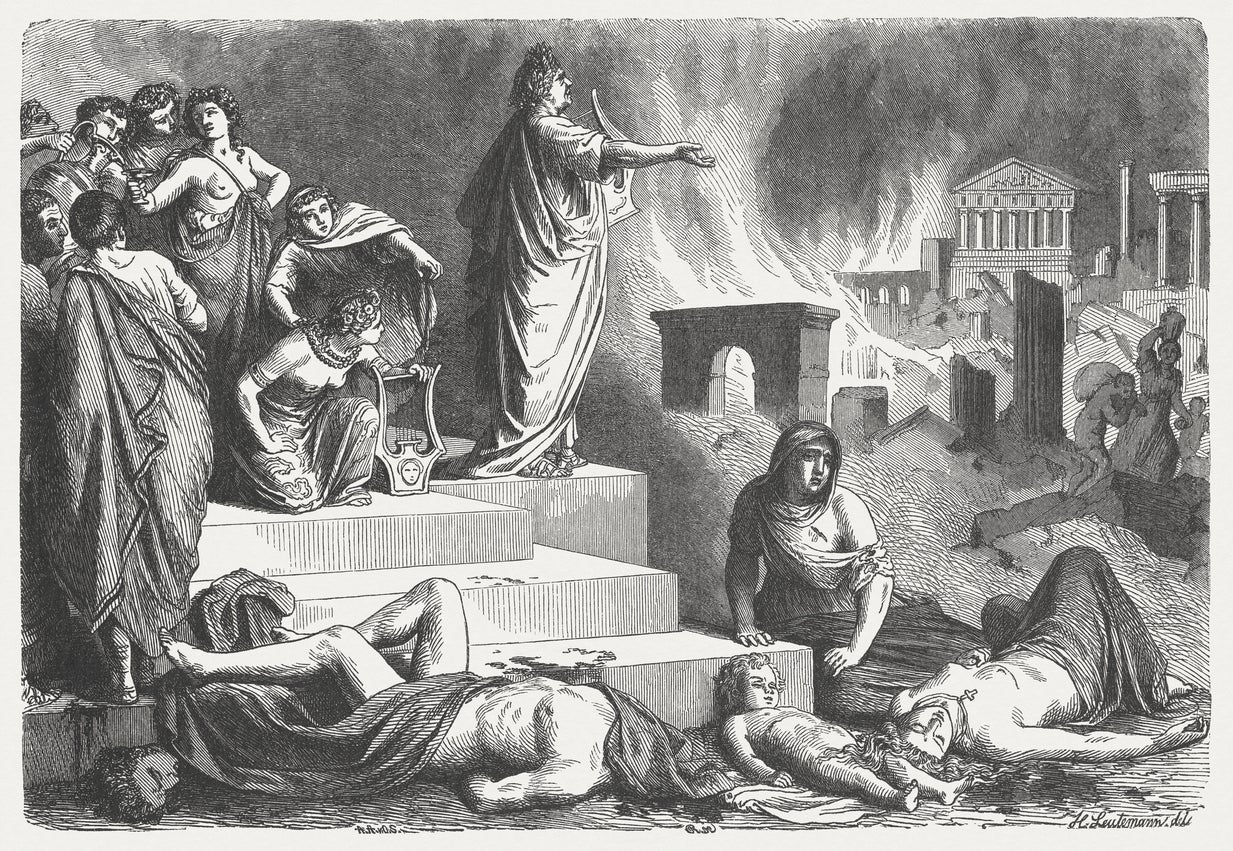 This brinkmanship and desire to fulfill Brexit at all costs extends beyond wanting to make the coutnry a better place. The Roman Empire and Boris Johnson hand something in common, Britain. Britain was names so after emperor Claudius’ son Britanicus. The adoptive son of Claudius, and adoptive brother of Britanicus was Nero. Nero was also the nephew of the emperor preceding his great uncle and adoptive father Claudius, Caligula. Boris Johnson has many dreams of the Roman Empire. He views the European as a kind of successor to the Roman Empire, but a failed version of it. Boris Johnson was not always known as Boris, but Al, or Alexander. It seems rather odd for an individual to request to be addressed by their middle name, as opposed to their first. According to his siblings, this is a  kidn of shield. At the Oxford Union of the University of Oxford he would debate himself, adopting both sides of a debate. He has created a public persona. The scruffiness is calculated. It is a performance art piece, wherein we do not know what is real or an act. Like a modern Andy Kaufman, we do not know what to take seriously. Perhaps this emperor is aware that he has no clothes and is embracing this role. 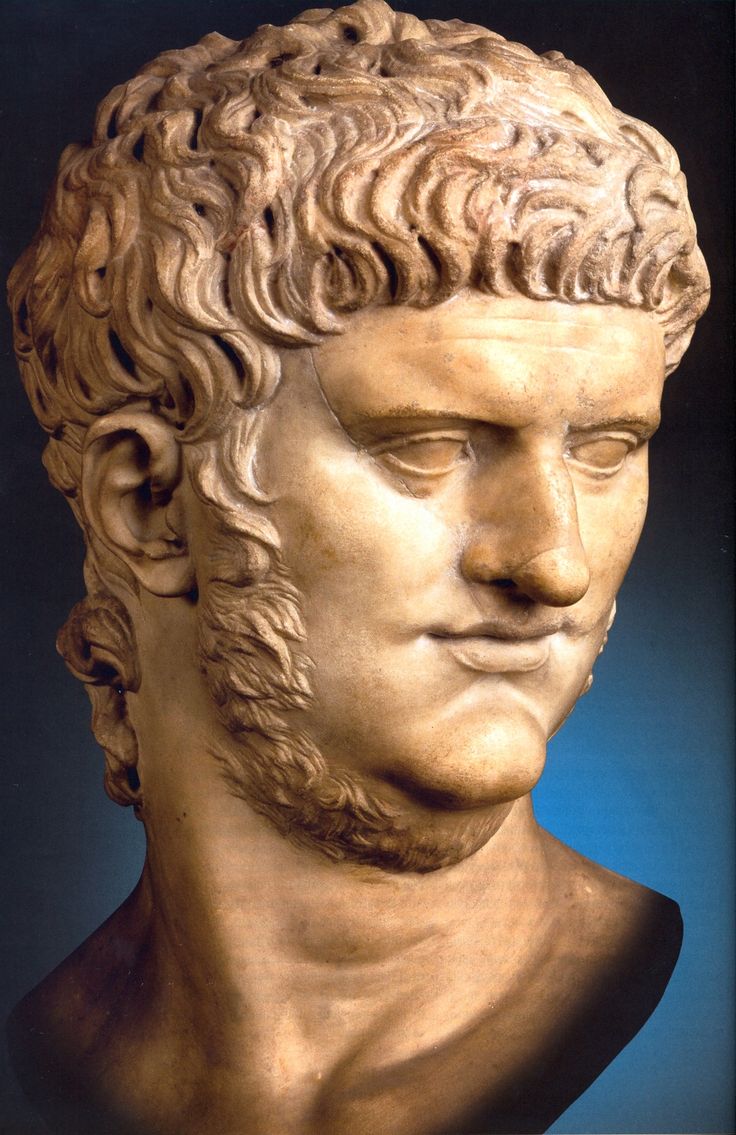 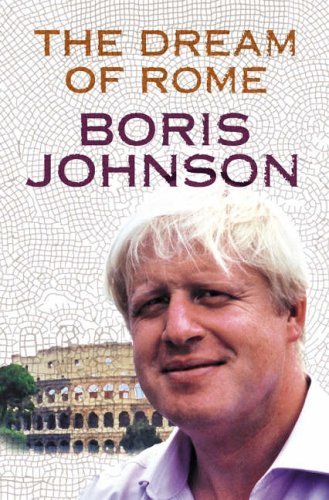 The author concludes that Boris Johnson is not interested in improving the country, but doing just as Nero did. We have to remember that this current prime minister of the United Kingdom of Great Britain and Northern Ireland is a former tabloid journalist. The fact and reality are not important. What matters is making headlines. Donald Trump has a habit of reading headlines about himself to gain the most attention. It is a kind of Search Engine Optimisation on oneself. Perhaps this is the comparison between the two leaders that people look for. Nero wanted, or at least said he wanted, to burn down the city of Rome to build a new city in his image. He did not build a new Rome, but burnt it down, but is still remembered in history. One needs to bear in mind what happened afterwards. It might have been deliberately overlooked, but Nero’s tenure was ended by his own hand, suicide. Not only this, but what followed was not a Nero-shaped revolution, but something else altogether. This was the year of five emperors, a period of civil war and a lot of noise, followed by a continuation of the status quo and very little fundamental change, known as Pax Romana. Should Mr. Johnson be the instigator of this year of of four emperors in this analogy. His lifelong career of writing anti-EU propaganda certainly served to create this policy of what will certainly be four the policy of four prime ministers called Brexit which will ultimately change little. While Mr. His uncle Caligula is also remembered, but for being a decadent lunatic. Perhaps this is Mr. Johnson’s ambition, to merely be remembered no matter what. Just like Ozymandias, King of Kings, or Bender from Futurama, all he wants to do is build a statue to himself which screams “REMEMBER ME!”.

Then there is the issue of proroguing parliament. 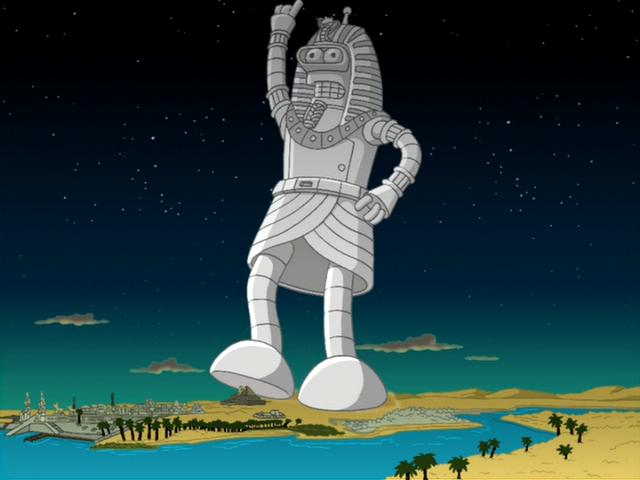