In 1992, Francis Fukuyama’s The End of History and the Last Man was published. The conclusion that he, in this book, had come to was that the course of history would experience a fundamental change in pace. He was not the only one to think this. In fact, due to the fall of the Soviet Union there was general consensus at the time. This consensus was that some form of Western Liberal Democracy was the best known method of government, and that we had all come to recognise this. This would result in more and more countries inevitably adopting its hallmarks. International rule of law would prevail and international cooperation would become the normal way for countries to relate with one another.

Nearly three decades after the fall of communism, this view of things certainly appears to have been proven to be idealistic, and perhaps even naive. Since the Global Financial Crisis of 2008 this optimism has faded somewhat. The Arab Spring did not really lead anywhere, and the resulting instability in Syria and Libya appeared to threaten the European Union’s very being. Putin’s Russia is just that. The president of the United States seems to disregard standard rules of international engagement, as do other leaders of countries such as Hungary, and Brazil. Growth has remained sluggish while living standards for many have stagnated a new kind of poor has come into existence. This kind of poor in the precariat, and neologism for a sort of hand-to-mouth existence. They are those dependent on the gig economy. They are those who hold down several jobs while being unable to pay rent. Unlike the proletariat who are defined as workers, the precariat are defined by, as the name implies, their precocity or absence of stability. Emblematic of this is the unprecedented prevalence of people with “side hustles”. At least the infamous McJob of the late 20th century promised some form of job security, rights, health care, and other rights. Most importantly it was expected to be one’s only job. In the new economy, you provide your own equipment, do not get sick days, and have unstable income. It seems as though Generation X and older had it easy. Working nine to five is increasingly a rarity, and a luxury. Overtime or multiple jobs expected. 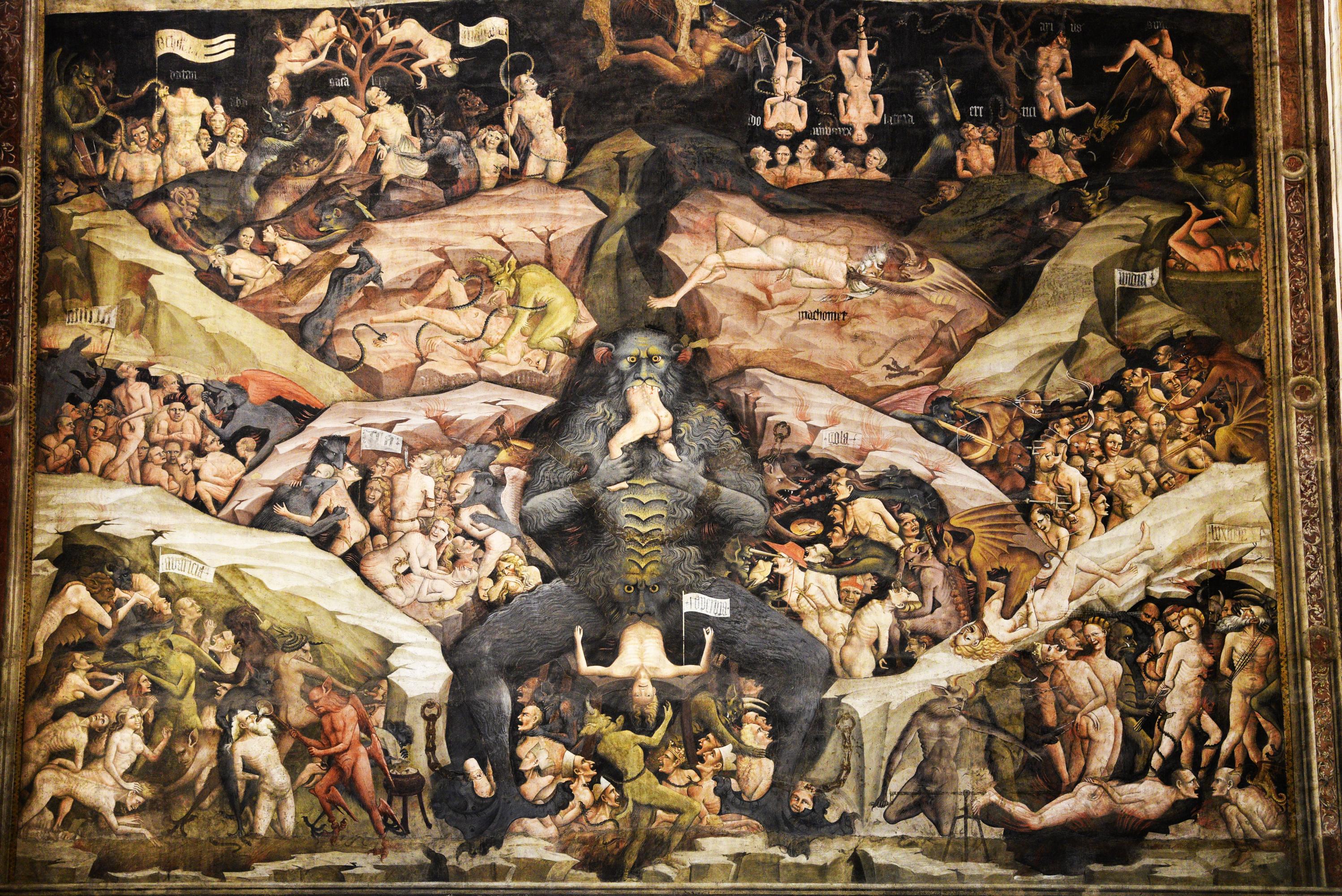 Giovanni da Modena – “The Punishments of the Damned in Hell” – 1410

To be clear, living standards globally have never been higher. Poverty is at an all-time low. Fewer people are dying from preventable diseases. In almost every measure things have never been better. Billions of people have been brought out of poverty around the world. People are not happy however. There is something much deeper, endemic, and insidious happening. This something is that which can be diagnosed by many symptoms which have many names. One such symptom is Brexit. Looking at the surface, one would think that seeing as the united Kingdom of Great Britain and Northern Ireland is able to dedicate so many resources to a single issue, that the country had absolutely no other problems. This single issue named Brexit which seemed to have been able mushroom into what can only be described as an existential crisis on a national level. In fact, the UK is facing many problems. One which should not be ignored and is masked by the low unemployment rate. This low unemployment rate is rather sign of low investment than it is sign of booming growth as Mark Carney, Governor of the Bank of England hinted at in his talks in early 2019. This has been happening for a long time as British worker productivity has remained stagnant for many years. Low investment is not good news in the long run. It is not just companies which are not investing, but individuals, too. House ownership, and savings rates are lower among millennials, those must engaged in the gig economy. This short-termism has also affected relationships. Shocking statistics appear of people who are unable to name more than five close friends or people that they trust. It is now expected for one to have an income supplement from the government if in full time employment.

The UN Human Rights Council had this to say about the state of British Society in 2019:

“This is a very far cry from any notion of a social contract, Beveridge model or otherwise, let alone of social human rights. As Thomas Hobbes observed long ago, such an approach condemns the least well off to lives that are “solitary, poor, nasty, brutish, and short”. As the British social contract slowly
evaporates, Hobbes’ prediction risks becoming the new reality.” 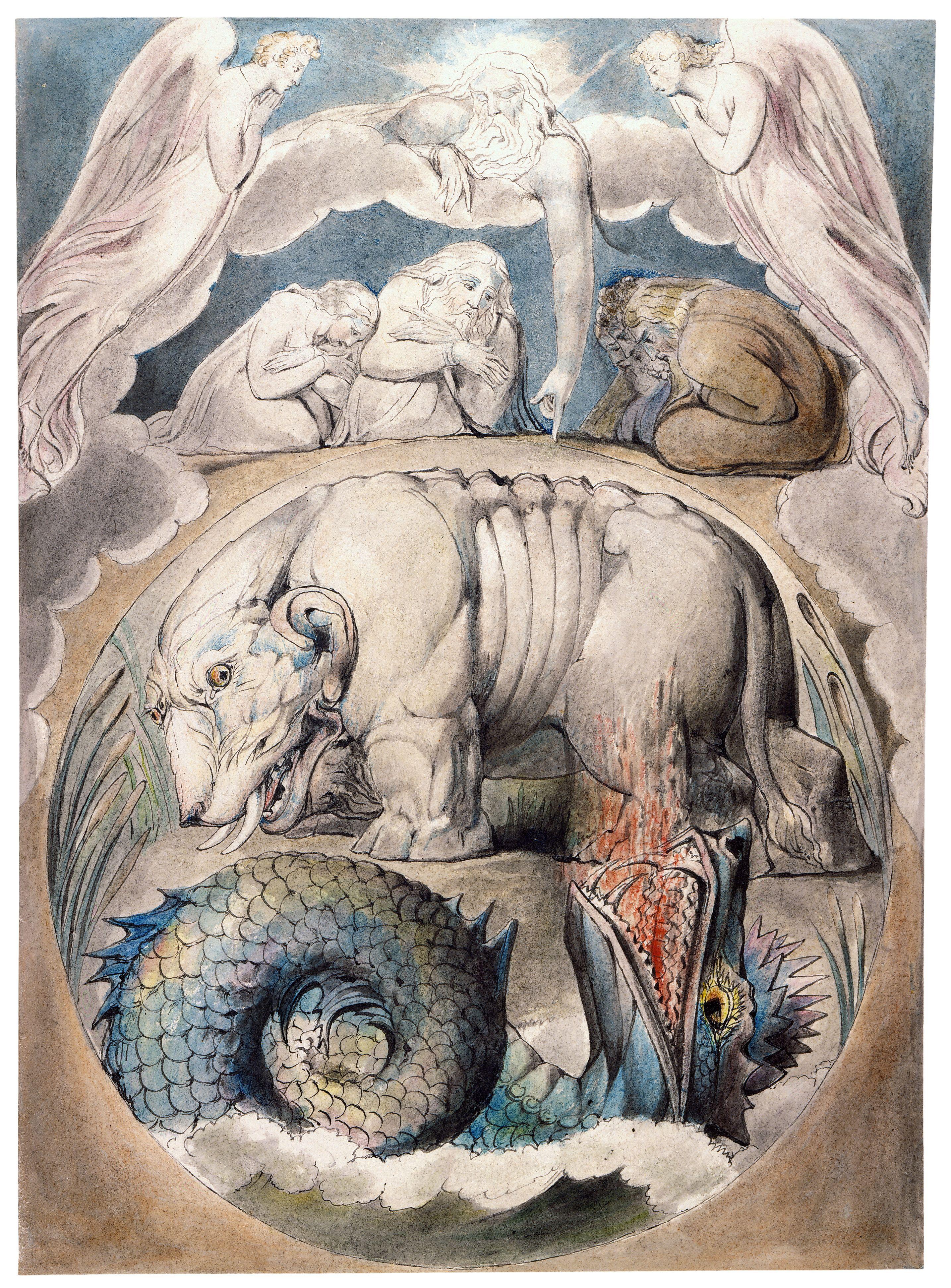 We were warned about this over 300 years ago in the Leviathan. Big government is increasingly seen as a bogeyman, some kind of sticky inefficient body that takes your money in order to oppress you because the people in power get a kick out of pushing everyone around. If the state is not some kind of bully, it is some kind of nanny preventing you from making all of the terrible decisions that you want to make. People are angry. Something needs to change. When the UN starts talking about the UK in terms of a country in such terms, it is not just an indictment on the UK. These trends are certainly present to a greater or lesser extent globally. Such a way of living has led to increased polarisation and fracturing of society. While nobody lives in any kind of objectively describable meritocracy, we are trained to believe that any success that we have and any failure that we experience is due exclusively to our individual prowess. Luck and circumstance have nothing to do with it. This is the root of the gig economy. After all, if the Beatles managed to get their start on a shoe-string and playing in basements, if you are unable to find success it means that you are not only a loser but also lazy. As a result the world is veering, but we do not know which direction it will veer into. Some call for the development of the care economy, while others call for increased isolationism.